At MIDEM we presented the new update of Music2Deal.com and the feedback was really great. Normally I have around 50 or more meetings in those 4 days. But due to our update we got this time we had more than 200 meeting requests. Fortunately Richard Rogers completed a lot of meetings for us and we had some excellent meetings. One of our main intentions was to extend our worldwide network of representatives and I can say we achieved this. So far we have signed 5 new representative contracts in the last weeks. 3 were made from this MIDEM and 2 are signed because of my meetings last year at MIDEM. So, you see that a follow- up is always important.

Also this year the VIP MIDEM Networking event presented by Music2Deal and its wonderful ambassador, Allen Johnston was a highlight at MIDEM. By the way, I heard some month ago, that a business relationship was born last year at this event and that they already made a deal.

I am also sure that more deals happened in the Cotton Club, where every night Allen Johnston presented a showcase of a diverse range of artists.

Entrance to the Palais

At the British stand incl. the MIDEM cafe

At the french stand

Nice working at the terraces

View from the Frech stand to the MIDEM beach

MIDEM beach. Meeting point at the daytime and concerts at night.

MIDEM beach in front of the Palais

Event at the MIDEM beach

Peter Fosso and I with a selfie from the party :-)

Peter, Richard and me with guests 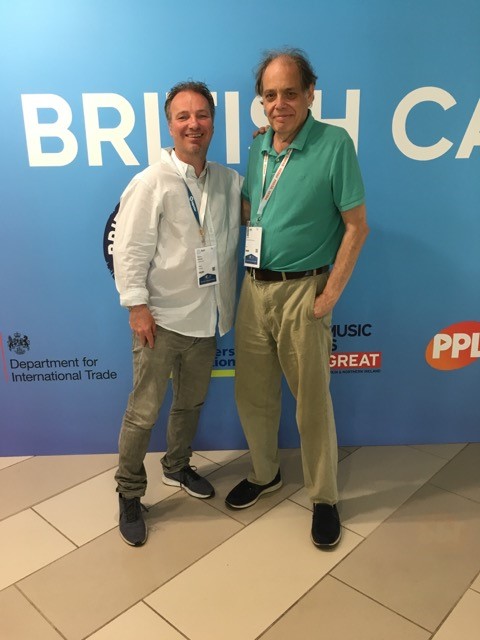 The hotspot for meetings outside of the Palais: Caffé Roma 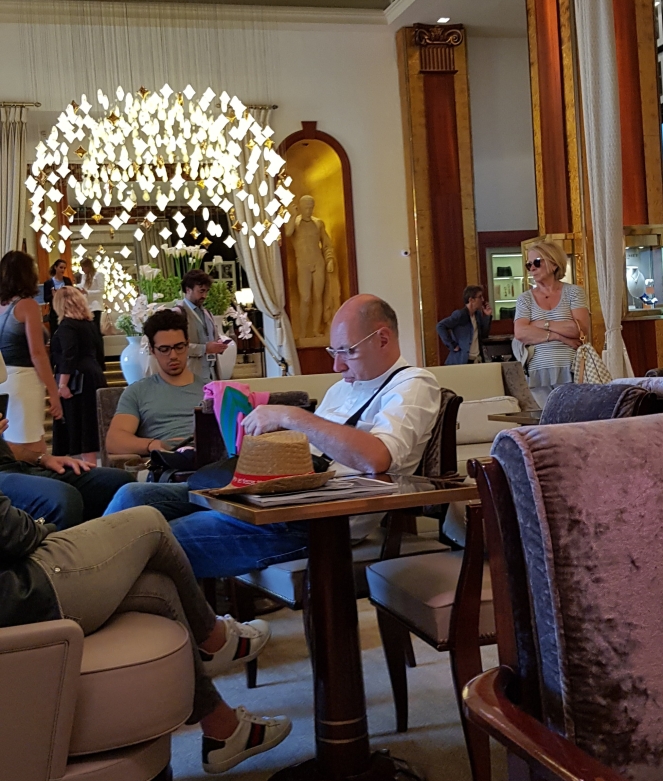 People meet also in the Majestic oposite the Palais

or in the Carlton 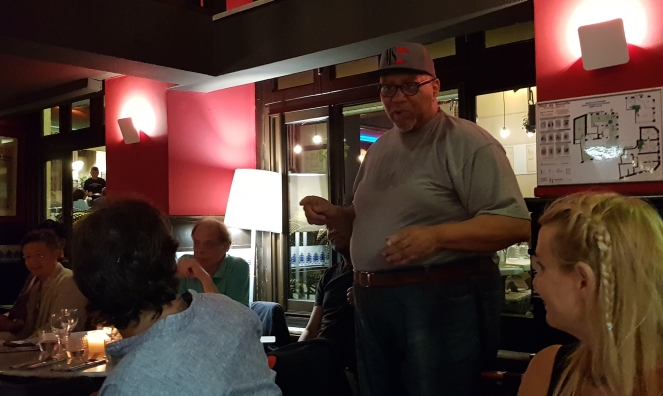 One of those many concerts in the nights during MIDEM

Concert at the showcase from Allen Johnston at the Cotton Club

Last walk out of the Palais

ByeBye with Lilly (nicest restaurant in Cannes), Olli, Richard, Peter and me