Last month Music2Deal picked up a real coup as UK manager Richard Rogers, himself  a songwriter/producer, manager and A&R Man interviewed Ade Fenton the admired producer, manager, DJ and current Gary Numan Producer. With over 40 solo releases under his belt as a writer/producer the respected Fenton was upbeat about the new Numan album in part one of a 2 part interview. 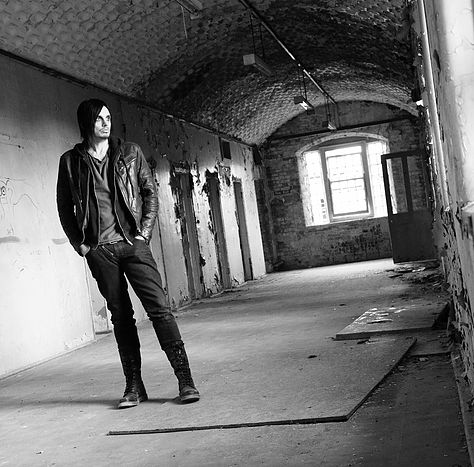 RR: Hi Ade, you’ve recently completed the new Gary Numan album Savage out on BMG Records on September 15th, what was your role and how long did the album take to make?

AF: Hi. My role was as producer as it has been for the last four albums. We started the new Savage album in late October 2016 and finished it in mid May 2017 which was pretty quick for us. Splinter the last album took about 18 months on and off to complete but with this one we said ‘We’re going to start it and we’re going to finish it’ and we worked every single day and I mean every day with no time off at all, I was working silly hours on it but it needed to get done. The deal with BMG that Gary had done meant we were hitting a deadline and we knew we had to finish it by that date so we got the mastering booked up way way in advance. So we know we had to get it done but that pressure just makes you work really really hard but I don’t mind working under pressure, working under deadlines as long as they are sensible. We had a great time making it. We’d had a break where we hadn’t worked together for a year or two and we went off and did our own thing, but when we got back together it was that instant perfect recipe where the ingredients really work.

So Gary had already written some demos, I think he started writing his demos in January 2016 and then he started getting a collection of demos together but because of other musical commitments I could only start in October 2016. It’s only August now and we got the album mastered on the 24th May. He was still writing new songs for it up until March of this year. That happened with Splinter as well but that was on and off as we were touring and doing other things. With this one it really was a case of ‘this is what we are working on in the next six months’. It’s like a chain reaction with me and Gary, we get into a method, he sends me demos, I work stuff up and send it back to him, that gives him a new idea and he goes ‘what about adding this to it?’ and so on.

An example would be the new single My Name Is Ruin, using Gary’s daughter Persia on backing vocals was a really late move. My Name Is Ruin had originated from a working title called March because I believe Gary had written it in March 2016 and it was a groove with the top line melody and everything. We thought we’d finished it, it was the bassline and the big chorus and i’d put all the drums together and it had turned from one thing into another thing but we felt that we had a problem with the chorus as the chorus was dragging slightly. It was one of those tracks where when the chorus kicked in it felt like it was labouring slightly so we came up with the idea of bumping up the BPM on the chorus. You might not notice it but there’s a 2 BPM jump on that chorus and with Persia it was a last minute thing with what we thought was the last version of the track. Then all of a sudden Gary said ‘i’ve got this idea for an Arabian top line’ in the verses and i’m thinking ‘where the fuck is that gonna go?’ because it’s just a bassline and a groove and that was the whole point of it originally, but then he came up with this fantastic Arabic top line and we thought why don’t we get Persia his 11 year old daughter to sing on it as she’s got a great little voice and that was a last minute thing and it just developed and developed from there so even though that track was started in March last year it wasn’t finished until April 2017. We were working on other things of course but the chain reaction of sending each other stuff backwards and forwards works brilliantly. We decided we would have quite a big middle eastern influence on this album and there were hints of it going as far back as the Jagged album. In fact Jagged, Dead Son Rising and Splinter have all got a little bit of that middle eastern influence but with this one we thought if we were going to do it then lets do it properly so we really went for it.

RR: Have you seen the video? It is excellent, I don’t know the guy who put the video together but it is superbly done and they’ve edited it down from over 6 minutes to 4 minutes 25 seconds and it’s been really well done.

AF: Sometimes it’s a bit tricky to do the radio or video edit, but to be honest it only took about ten minutes to do it!

RR: What’s your favourite track on the album and why?

AF: It’s a track called Mercy, it’s evil, it’s just so evil and so much fun. Steve Harris is on guitar again on this album and on Mercy. I’d seen a trailer for possibly Bladerunner and I was writing all the back end stuff for this track and I saw the trailer while on a coffee break with the arrangement on my computer opening up and it was one of those things that just takes you off in a completely different direction so when Steve came over to do it I got him to record just the weirdest stuff on his guitar and all of it ended up in the track. It’s like The Wretched by Nine Inch Nails or something like that. It’s just one of those tracks where you’re banging your head, it’s really slow and electronic. In fact the whole album is really electronic and much more electronic than the last album Splinter. For me it’s the darkest track and most satisfying for me.

RR: Gary’s based in Los Angeles now as he has been for a few years so do you join him in America or do you do everything from Bath where you live and work?

AF:  On Splinter we worked in Los Angeles quite a bit but that’s because I was managing him at the time and I was in the band so we were always together but on Savage everything was done remotely although Gary came over to the UK and worked in my studio for a period of about two weeks in the whole six month period. But you know it doesn’t matter these days, the way we work we have complete trust in one another musically and i’m still a Gary Numan fan so when he sends me something he knows pretty much i’m gonna like it. Equally he trusts me and gives me complete carte blanche to do whatever I want as a producer but for certain tracks I don’t need to do what I want. He might say ‘Here’s a track, I want it to go in this direction, come up with a few ideas’ but other tracks like Mercy for instance he’d sent me this back end that was brilliant and that bassline that was Gary’s 100% but it’s so effective. It’s one note all the way through but it’s that one note that gives it this feeling so all I did was build on that one note and I kept building and building layers and layers.

Whereas with other tracks he’d say ‘I want it to be this’ and then he’d let me go off and do what I want and that trust thing is knowing that 99 times out of 100 he’s going to like it and on the odd occasion he doesn’t like it then fine but i’m not precious about it. But they’re not my songs, they are Gary’s and my job is to make him happy and do the best job I possibly can and added to that he is so generous in allowing me to do my thing and you have to have confidence in yourself that Gary is working with me for a reason. I’ve got a particular sound and he likes it and it’s like I said it’s this whole thing about having these certain ingredients that just work and for us having high speed internet makes it easier as well as Dropbox. We can just fire ideas at each other, we were swapping logic arrangements and he’d change arrangements and want one beat here and one beat there and 30 seconds later it’s changed and it’s brilliant. Yet we’re still getting the benefits of being able to do our own thing but use Facetime, 5 or 6 times a day and technology has allowed working remotely to become a much more personal experience. It seems to be the way we like it, it’s great. I mean I wish I could have gone over to his house and jumped in the swimming pool every day, but you can’t have everything I suppose. When Gary came over to work in the studio it was still great to work with him here because we are able to scientifically get into every single channel and every single track and every single segment and for that you need to be together.  No swimming pool at my place though, sadly.

RR: Have you got any writing credits on the album?

AF:  Yes, there’s one track I co-wrote called ‘What God Intended’. It’s just the way it worked out, it wasn’t intended to be a co-write. It was another example of us firing ideas at one another, but with that one we did it in reverse.

RR: On Savage are you classed as produced by you and you alone or is it a co production with Gary?

AF: No, it just says just produced by me.

RR: Good for you mate.

Part 2 Will be in two weeks where Fenton talks more about working with Gary Numan.