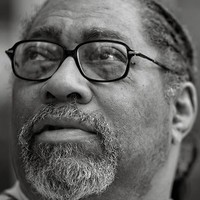 Music Conferences today have become big business for the individuals and companies that put them on.  Almost every conference created has an educational component, a seminar, panel discussion or technical workshop. Here lays the problem, why pay good money to come to a conference with positive seminars and not attend?  Every conference I have attended in the United States this year has had more night time attendees for parties and performances than daytime seminar attendees.

In Europe it is the complete opposite.  Conference attendees come for business during the day in droves.  Panels are packed and private meetings are scheduled.   Let me give you a few ideas on how to become more productive at your next conference.

This year I came to a drastic realization that American Urban based artists, publishers, producers; writers, film makers, label owners, magazine owners and entertainment industry entrepreneurs are wholly under rated and under represented on the world market place. During one of my daily walks around the MIDEM convention exhibition area, I ventured in to the Electronic / Urban Village at Midem.  The name suggested that here would be a place where various types of Electronic and Urban based musical products and opportunities would be found. A place where companies from around the world could come and find music, DVD’s, film, magazines and digital deals from the best Urban and Electronic makers in the world. Feeling that the Urban marketplace should be over flowing with product by and about people of color I went looking for the best in the world

What I saw was several different spaces occupied by every nationality BUT people of color.  Blatantly missing were American Hip Hop, R&B, Southern Soul, Blues, Jazz and Gospel companies.  In fact I saw NO REPRESENTATION at all from any Black or Hispanic owned company from the United States in this area.  At least 50% of all the music I saw, and heard during MIDEM came from people of color world wide, but there was less than 5% participation from African Americans conference wide and less than 1% booth participation.  The only Hip Hop artist of any notoriety that I saw making meetings and doing deals was Chuck D, and he brought a group of business people with him as a support factor. American Hip Hop has made major influence around the world I saw Death Row Records from Germany and even though South Africa has licensed Little John’s music thru TVT there was not another Atlanta based rapper or representative at the conference.

Countries from around the world were looking for music and DVD products from American based “Urban” companies yet there were virtually none to be found. The Japanese, South Africans, French, Belgium, Swedes and every English speaking country are all looking for American Hip Hop, Jazz, Gospel, Southern Soul and Reggae, but once again there were NO representatives of any of the major artists nor any revenue generating INDEPENDENT  COMPANIES available that I saw or heard of.

This has to stop now especially while there is a window open for such great financial and cultural reward.

So I am making the first call to mobilize the American Urban based artists, publishers, producers, writers, film makers, label owners, magazine owners and entertainment industry entrepreneurs.  I have started talking with different companies and organizations to acquire a cadre of African American owned entertainment businesses that will be able to represent their products and make deals on an International basis for MIDEM 2014.

Please take a moment and look at your long range goals, if they include a digital market or an International market lets find some time to talk.  Plan your work THEN work your plan.