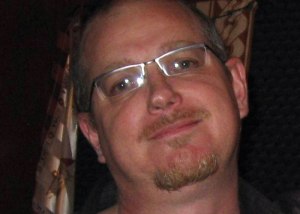 The music industry now is as constantly evolving and changing as the environment that it exists in. Any artist, genre or anyone involved in the industry who fails to adapt is quickly left behind. From year to year, fans want something different, and music in general goes through epochs where you have the development of the flavour of the month- whatever that happens to be at the time- quickly coming and going, and the music that has stood the test of time as omnipresent as it ever has been.

The onus now, more than ever, is on decision makers in the industry to define what the supply and demand of listeners will be, and really keeping their fingers on the pulse of what audiences want. What is it that audiences want? Well, we’re at a stage now of combined and uneven development, where for as much as the industry is constantly changing and evolving, nearly everything has also been done, not quite everything though, and audiences know that.

What hasn’t yet been exploited to its full potential is the positive healing power music has. It has of course been done to an extent before, it would be ridiculous to assert that it hasn’t, however it is the one aspect of music with more ground ahead of it to be covered, than road travelled behind it.

The average listener who spends their hard earned money on music, through buying tickets to shows, merchandise, albums, digital downloads, streaming services etc. is looking for an escape from the drudgery of reality. Music now, needs to be able to connect straight to the soul of the listener- it needs to have that positive healing power that helps them forget about their recent relationship breakup, or their boss at work giving them a hard time, or argument with their friends etc.

Positive music that connects with the soul of the listener, and takes them directly to the mental plane they want to go to knows no genre boundaries. A hip hop MC has the capability to do it, as does a metal or punk rock band, as does a DJ who has perfected their craft, as does a soul or pop vocalist and so forth. This is the road that the ever changing landscape that music has led to and this is the direction it is going to keep heading in for quite some time to come.

There is an interconnected relationship between music and the external forces that shape it and the external world it exists in. The interplaying of these forces in a dialectical process is what culminates in new sounds being brought to the ears of audiences across the globe. By dialectical, I mean it’s ever changing but constant.

In some respects the industry is shaped by the outside world, in others the outside world is shaped by the industry. What is developing now is a meeting of these two forces, it’s a mutual ground and it’s going to have the biggest impact on every audience it comes in to contact with. It’s a positive movement- literally. Audiences have been gradually demanding an uplifting experience from their headphones and stereo speakers, a little more each year, and it’s about to become the biggest thing in music. This is why the industry, and more to the point those who share this positive vision, need to be at the forefront leading this, because by the time you play catch up, or even strike while the iron is hot, it’s already too late.

The positive movement is coming, artists want to give audiences a positive, uplifting experience as much as audiences want to receive one, and it’s time for all those artists and everyone who wants to work to achieve this to be on the same page, and working on the same team together.

From more tangible hands on basis the greatest lacking in the DIY world of music today is the magic word, OUTPUT and its lack thereof. There are so many connector type sites who boast that if an artist joins their network they will immediately be connected with a so called “industry pro” but that’s a hollow promise at best as no one can offer immediate gratification based on a pure connection paid or otherwise, but rather it should be ascertaining what the individual brings to the table that is both fresh and unique and then admitting whether there is a fit or not. If so then the opportunity to gain output of some description should be the foundation of the new association. But in this day of subscription services and connection conduits this just doesn’t happen. What the more seasoned industry pro is looking for today is how an artist can plug into an existing platform to create wider exposure that they themselves have garnered over many years of painstaking hard work and trial and error. As an Ambassador of the “new look” Music2Deal my team can offer said output because our connection base with viable and current corporations and associations give us the edge as they take us seriously and act quickly upon receiving a request or pitch for inclusion. Proof is in the pudding and 34 years in an up and down industry stuck in a state of duality has proven that the cream will always rise to the top and “good music” will always sell.

In concluding I believe that the listening public has become incredibly savvy and can see through false representations of genre, style or performance and so the purity and truth in the vibration must be real to engage with genuine fans, not just those that jump on a bandwagon for a quick fix to be perceived as hip or cool. For us at IKONIC it’s all about perception and if we can’t see ourselves doing what the artist purports to present to the public then we won’t attach ourselves to the concept of a potential hit or miss. If the music presented has substance then we deem it to be sacred and pure of heart and so this is an easy sell to those organisations that have already woken up and taken the first steps to self correction in an effort to enter into a state of unified consciousness. That’s perception and that’s what the new music model should be all about. A circle of life without beginning or end.