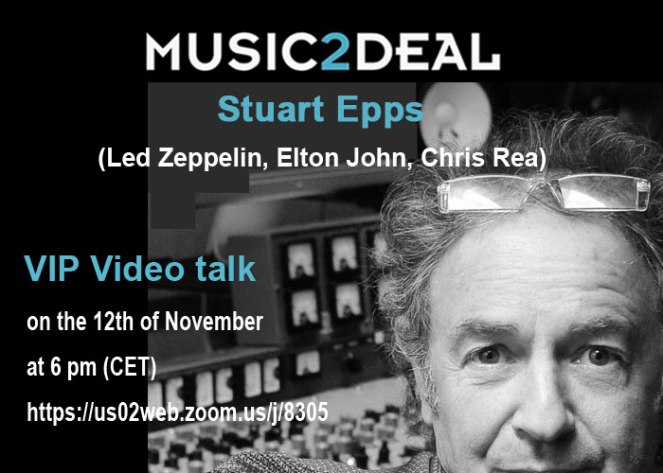 He has contributed to or has been associated with hard rock records by such bands as Twisted Sister, Wishbone Ash, Bad Company, Vandenberg, The Firm, Jagged Edge UK and Shooting Star.

Richard Rogers (Music2Deal UK representative and former A&R at Warner) will talk with Stuart about his great career in the music business and about his latest updates. Stuart is an Ambassador of Music2Deal.

Here is the link to join this VIP Video Talk: