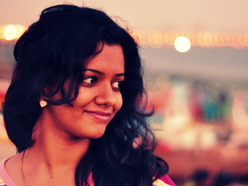 The project will see, Kuhoo record 6 songs for the Costa Rican producer, a move which is largely seen as giving both of the parties access to each other’s markets.

Mr. Sudhir Shreedharan, Managing Director – Asia Pacific of Music2Deal who was largely responsible for the deal says “I think a population of over half a million English speaking people must not be ignored by international businesses. India has the potential to becomes the world’s most lucrative music market. Again South America is an interesting proposition since its vastly unexplored by Indian artists. As for the deal itself, all I did was listen to both their music and brought them together.

Sudhir further adds “ It took sometime for me to build a good working relationship with both the parties and communicate effectively the needs and expectations across to each other. But after that, it was just music taking precedence before anything else. They will be recording the first song in early January 2014 and we are looking at releasing in the first quarter with a good video that can be used as a promotion vehicle in both the countries.”

Sudhir is now helping Franklin and Kuhoo put together the basics such as the agreement and he is also acting as the artist’s manager since India does not have a very developed music ecosystem as far as artist management is concerned. The project being close to his heart Sudhir says “ I am keen to see this project do well so that, it can serve as a template for other Music2Deal global members to explore the Indian market. I believe in Kuhoo’s talent. She is a thorough professional ”

Franklin Ortiz of Music2Think, who is the producer of the project is very excited and speaks very highly of his new discovery in India “ Sudhir’s proposal was very interesting especially since we were considering options to enter emerging markets such as India. I think Kuhoo is an excellent singer and the project will help our company, Music2Think make a positive impact on the market. I joined Music2Deal a few months ago as a member without any expectations. However, today I am fortunate to have found a great working team at Music2Deal who always value our efforts”.

Kuhoo herself has a few hits to her credit in India and has been an emerging Indian artist. Formally trained in Hindustani classical music & self trained in light music, she is gifted with a natural talent. She has long been wanting to explore international opportunities. When asked about her expectations from the project she said “This venture is going to be exciting for the global appeal it carries with it. It would be interesting to work with a composer who has his own conditioning & taste of music based on the cultural influences of his country. And to blend my vocals adapting to that taste, yet keeping the Indian flavor alive would be a challenging task for me. I am very much looking forward to this collaboration & hope the end result would be savored by music enthusiasts.”

On the occasion Mario Christiani, founder and Worldwide MD of Music2Deal was himself elated. Speaking from Germany he said “ When Sudhir decided to embark on such a project, I thought it was a great idea but how do we make it happen? But today I am very excited to see the project near its fruition. I can’t wait to hear the music that two worlds apart will create, bringing together distinctive elements of their cultures. There have been many success stories on Music2Deal.com but this is a one of its kind. We intend to help more of such active members on Music2Deal. We’ll help Franklin and Kuhoo promote the music and their project using our platforms tools. I would also like to extend my best wishes to Sudhir and his team who have played a key role in this project.”

At Music2Deal we are encouraging more of such projects between our members. In some cases, we are willing to go out of the way to help such projects get off the ground. In case any of the Music2Deal members want to adapt or work on a similar project or just understand more about the viability of such projects, feel free to contact us on Sudhir.Shreedharan@music2deal.com